Episode 92: 3 Ways to Get Over the Fear in Sales 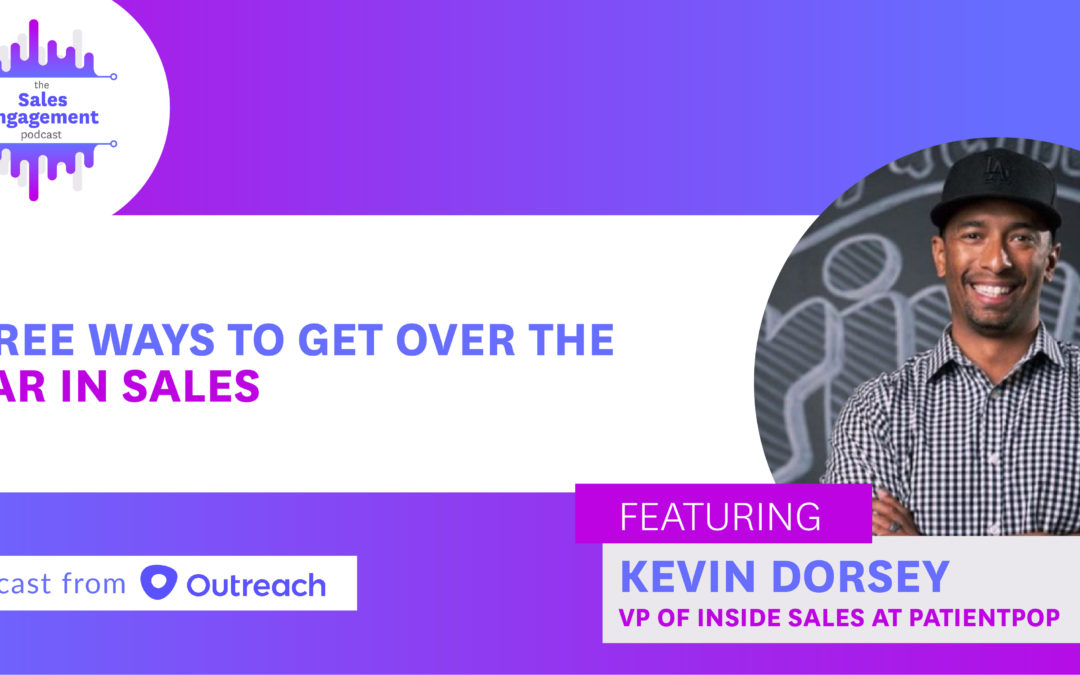 3 Ways to Get Over the Fear in Sales

Guest: Kevin Dorsey, VP of Inside Sales at PatientPop

Unlike many leaders, Kevin Dorsey figured out his sales team doesn’t have a work ethic problem.

When they don’t do what they’re supposed to do, it’s not because they’re lazy.

Kevin is the VP of Inside Sales at PatientPop. One of his biggest passions there is coaching salespeople beyond their fears. But, he’s coaching them in a way the industry has yet to see.

Getting to the Root

Kevin had an epiphany one night as he was thinking about why his sales reps just wouldn’t do what they were supposed to do. At the time, he was reading a book that advised, when it comes to solving a problem, throw your first answer away and see what answer #2 is.

His first answer was the same one most leaders have: The problem was the salesperson’s work ethic. They just don’t know how to work hard.

He decided to follow the advice of the book and rule that out.

After two whiskeys, he thought, It has to be fear. What else could it be?

Understanding The Fear of a Salesperson

When an SDR doesn’t meet his goals or doesn’t close a deal, assuming the problem is their work ethic is lazy leadership. If you knew every time you picked up the phone it’d lead to success, you’d always do it.

When you start understanding that a lot of people don’t do things because of fear, it changes how you try to fix it. The same is true for account executives who don’t do good discovery. They’re afraid of not getting the deals, so they do things that don’t work well.

A big part of Kevin’s job has become solving the problem of fear for his team members and tracking if his coaching techniques lead to better results.

He says it’s all about asking the right questions. When was the last time you asked your sales rep, What are you afraid of?

When you do, it changes the whole conversation. If you immediately assume the problem is their work ethic, all you’re going to talk about is working harder without solving the underlying issue.

Fear inhibits most people in almost all aspects of their lives.

For example, why won’t someone learn a new skill?

Unfortunately, almost everything comes down to fear.

So, when you’ve identified a different problem, you finally start researching different solutions.

When you research getting over fear, one of the biggest things Kevin found was the inability to separate occurrence from self. It’s the idea that you fail vs what you did failed. Rather than feeling that you failed by missing quota, you realize what you did missed quota.

With this realization in mind, and a little more research, Kevin started doing three things with his team.

Three Ways to Get Over the Fear

This allows you to be prepared, not only to bear the bad experience, but to know how to respond. So, for example, what will you do when someone hangs up on you and is rude? Get prepared to respond to all the situations you’re afraid of.

Fear will cause you to do three things: fight, flight or freeze.

Be the person who does something.

How will you help your team learn to get over the fear so they can see better results?